The southern watershed of Manido’wi zaagaiaagan (Spirit Lake) – Georgian Bay and Wawaseyaaguming (Shining Lake) – Lake Simcoe. Waters that have historically sustained the lives of the Wendat and currently bring life to the Anishinaabe and Haudenosaunee. Who, through various agreements generously share this life with newcomers from all corners of Mother Earth. Language: Ojibwe

A cultural approach to community mobilization to enhance mental health and addictions and suicide prevention through a culturally appropriate training. The name “Feather Carriers: Leadership for Life Promotion” reflects this perspective and draws on Indigenous concepts of leadership for protection and promotion of community health and well-being. Feather Carriers are individuals within Indigenous communities who have been presented by their community with an Eagle feather in recognition of their efforts to protect and promote community wellness.

The Feather Carriers: Leadership for Life Promotion has been gifted from Creator and as such is Spirit lead. The Ogitchidaw or Grandmother Eagle Staff carries essential teachings of life promotion and therefore stands as a leading and central guide for Feather Carriers. 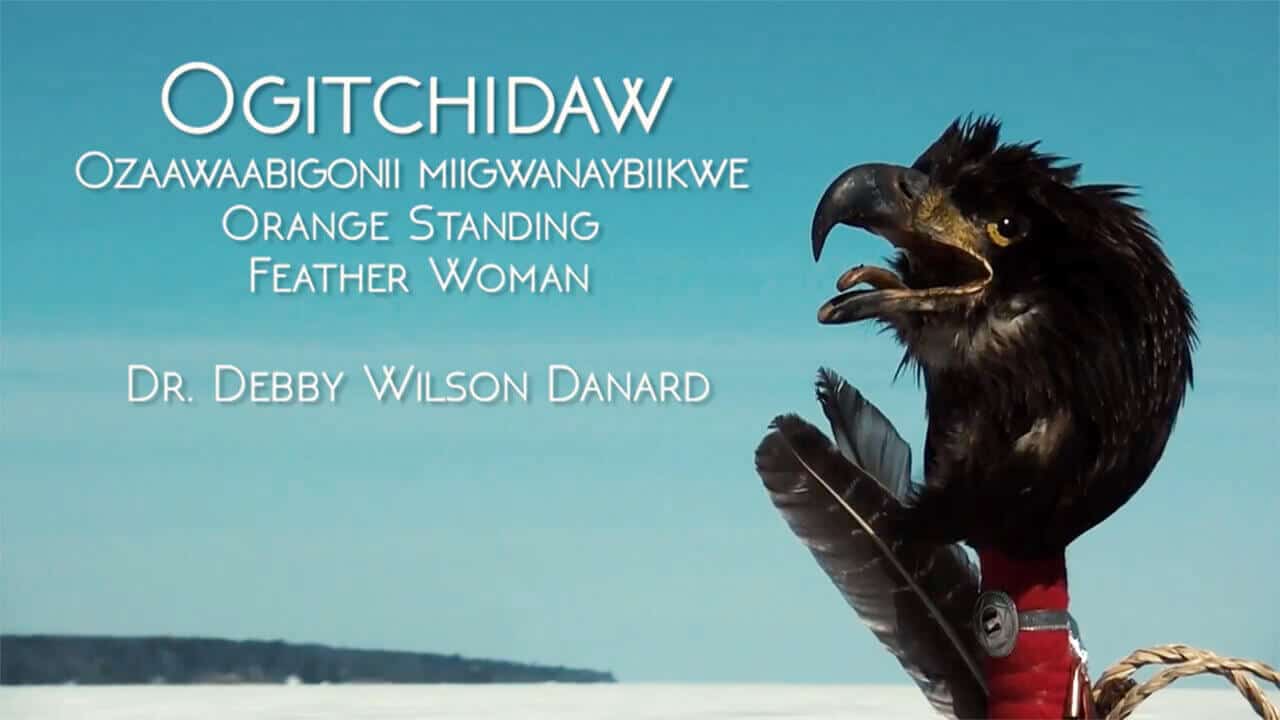 ”A main core of what the Feather Carriers is about is called The Miikaans Teachings. The Miikaans teachings are essentially the Anishinaabe or Ojibwe teachings on life. And it’s the story of how we begin life as Spirit coming into physical form. And how that’s done with Creator and how this is an agreement of how we’re going to enter into this journey. That’s the beginning of it, and then it goes into the seven stages of life, until it comes to the Spirit leaving the body and going back into the Spirit world. 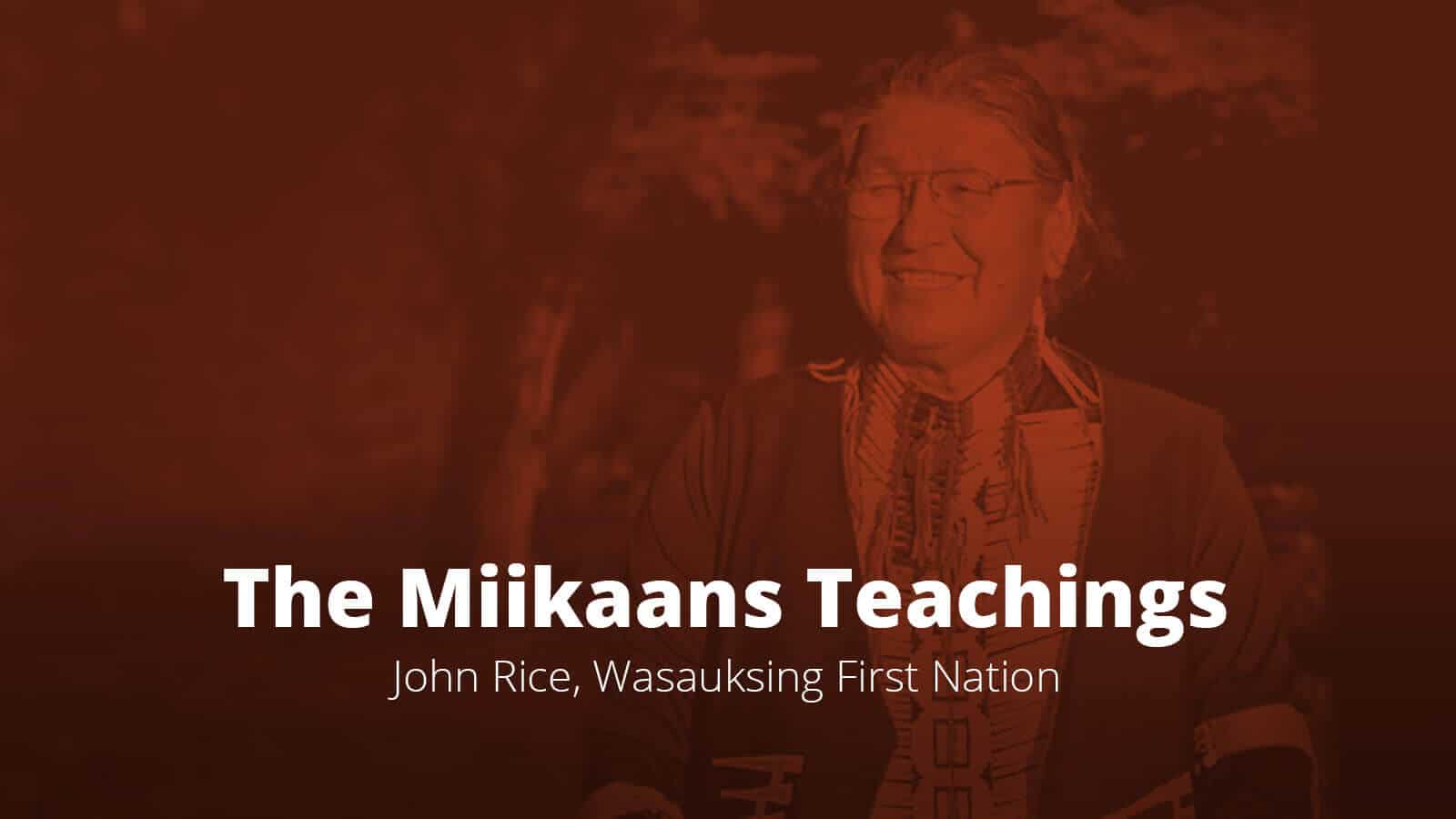 The Miikaans Teaching is an Anishinaabe understanding about the whole development of the human before, during and after life.

Stage 1 – Birth: Birth is our first trauma, and separates us from some of the knowledge we’d acquired through our earlier conversation with Creator (though it is still in us). This teaching walks us through the various ways we are nurtured at birth and in childhood, to help us learn what is needed when someone goes through difficulties later in life – to nurture them into their life purpose.

Stage 2 – Puberty: Puberty is a physiological change, and also an education process that happens in community. Important rituals help young people transition to adulthood purposefully. Very specific practices and teachings are shared so that they can know themselves and their roles in relation to others as they move through this transition.

Stage 3 – Wanderer: At this stage, curiosity leads us to move around, examine different ways of living and spiritual practices. This helps us learn our place in creation by contrasting the new things we see with what we have always known. This prepares us to step more fully into our own gifts.

Stage 4 – Gifts: We learn our gifts by listening in certain ways to what we encounter. Closely attending to what is reflected back to us about ourselves – by focusing on the positive – can help us learn our own unique gifts.

Stage 5 – Life Purpose: At this stage of life we are using our gifts and living the purpose given to us by the Creator. Remember the earlier life lessons about play so that we can take a rest at times too. This way our purpose will never become a burden.

Stage 6 – Self-Actualization: Here we are settling in to our gifts and purpose, and this gives us the flexibility to adapt and change, based on new knowledge we continue to gain. We now become fully confident in who we are, in relationship with all of Creation.

Stage 7 – Elderhood: We turn all our experiences – the good and bad that we have seen and done – into good learning and wisdom. This leads us to an experience of purity at this later stage of our life. We know who we are.

Spirit Journey: When we leave this creation, our journey back to the Creator begins. This also involves important community rituals, in order to ensure this journey is a good one.

Gap Ceremonies: An important aspect of mino biimaadsiwin or living the Good Life, involves learning how to make safe transitions from one stage of life to the next. This is sometimes referred to as ‘bridging the gap’ and involves rituals and/or ceremonies.

The developers of the Feather Carriers: Leadership for Life Promotion have worked with the First Nations communities in the Simcoe Muskoka region of south central Ontario since the 1980s. Since this time their experiences with Indigenous people attempting to prevent suicide lead them to believe that a life promotion approach that attracts people towards life can be a more effective way to prevent Indigenous people from choosing to die prematurely. The Feather Carriers training evolved from the life experiences shared by individuals within Indigenous communities. In appreciation of this sharing, our approach is grounded in the teachings of our ancestors.

Feather Carriers: Leadership for Life Promotion began in 2015 as a culturally grounded, life-oriented response to suicide in communities. The training developed is in two parts: The first part outlines the steps for a community mobilization strategy so that annual training is translated into action and needed system changes that will involve whole communities. The second part addresses a new approach to training that is developed and designed from an Indigenous perspective – one of Life Promotion – changing the dialogue of illness into one of wellness.

The training structure loosely follows the Anishinaabe Send-off Ritual that includes 5 days spread out over one calendar year. The program has reached a wide range of people between 2015 and 2018 so far:

The CMHA FNMI (First Nations, Inuit, Metis) Team has also adapted the 5 day training into a 1 day training that gives participants a basic experience in this Life Promotion Program, leading to:

Due to the rapid growth of the training, along with numerous pending community requests, it was determined that additional support, along with the development of an organizational structure was needed. Correspondingly, the Feather Carriers Advisory Board was established during the winter of 2017/18. This Advisory Board has been meeting regularly, while providing support with major tasks such as the hiring of three Feather Carriers employees.

The Feather Carriers Training has grown at a rapid pace over the past few years, with the most obvious development occurring over this past year. Feather Carriers now has: an operational Advisory Board, hired three employees, received two funding grants and has expanded from its roots as a regional program to hold both national and international presence. Feather Carriers was developed as a response to a community need, and it is because of that approach as well as being rooted in spirit, that so much interest in this training has developed. Community partnerships such as Barrie and Area Native Advisory Council, Biimaadsiwin Mental Wellness Committee and the Canadian Mental Health Association have supported the development of Feather Carriers. 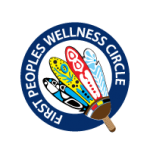